Born and raised in Kincardine, NICOLE REID is an avid singer and musician who is proud to have had the opportunity to share music with such a wonderful community. Her mom would say that she was born singing.  Starting out as a chorus member at the Tiverton Presbyterian Church, she was always in anything music-related in elementary and secondary school. After completing her post-secondary studies in 2007 Nicole returned home and connected with the many groups of musicians that Kincardine has to offer. Each day they challenge her to become better and she is truly grateful to know each and every one of them.

A violin student with John Schnarr, she was exposed to a wide range of musical talent from all over Canada through Kincardine Summer Music Festival concerts.

This is her 21st year performing in the Messiah fundraising event.  Usually a violinist in the orchestra, this will be her second performance as a soprano soloist.

Nicole is a self-taught vocalist who has sung with Kincardine Community Singers, The Pleats (featured in the KSMF 4 O’Clock in the Park Concert Series) the Lighthouse Swing Band and the Kincardine Scottish Fiddle Orchestra. 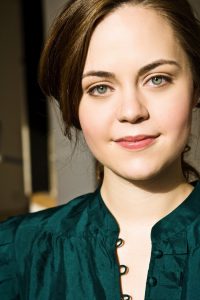 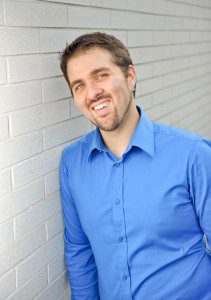 Originally from Ottawa, Canadian tenor MATT CHITTICK was an Emerging Artist with the Calgary Opera for the 2016-2017 season. He completed his Master of Music at the University of British Columbia under Prof. Roelof Oostwoud and his Bachelor of Music at McGill University under Prof. Stefano Algieri. Praised as having a “clear and vibrant” tenor (Opera Canada), Matt is very active on both the concert and operatic stage, in Canada as well as internationally. 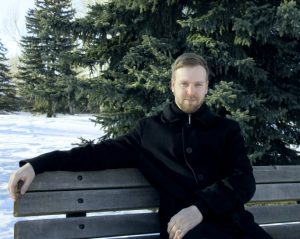 Ontario born Bass-Baritone AARON DIMOFF has gained a reputation as a versatile, powerhouse vocalist across western Canada and beyond.
After studying with renowned Canadian baritones Kevin McMillan and Ted Baerg at the University of Western Ontario, and earning his Masters degree in Music, Aaron was offered a position with the Calgary Opera Emerging Artists in 2013. Aaron has since been rising in demand while keeping regular appearances with his home company, Calgary Opera.

Plan now to attend this Christmas season highlight, guaranteed to lift your spirits!

A Fundraising event for the Kincardine Summer Music Festival.

Tickets $20
Available at the locations listed to the right of this page.
Access Ticketscene here
Age 16 and younger free!