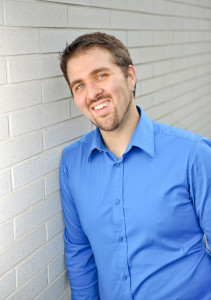 Originally from Ottawa, MATT CHITTICK is a professional Opera and Musical Theatre singer as well as Voice Actor. Praised as having a “clear and vibrant” tenor (Opera Canada), he has performed on stages throughout the world and has lent his voice to many audiobooks, commercials, and voiceovers of all sorts. He is passionate about bringing art to life, whether on the stage or off the page.

Matt was an Emerging Artist with the Calgary Opera for the 2016-2017 season, having the opportunity to study and work with many spectacular artists and instructors. He completed his Master of Music at the University of British Columbia under Prof. Roelof Oostwoud and his Bachelor of Music at McGill University under Prof. Stefano Algieri.

Throughout his career, Matt has performed with companies such as Calgary Opera, Portland Opera, Theatre Calgary, the Windsor Symphony Orchestra, Toronto Operetta Theatre, Opera in Concert, Opera Kelowna, Cowtown Opera, Opera Mariposa, and many others.