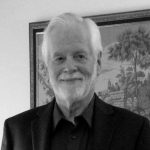 George has been a singer all his life. From the age of 16 he has sung in choirs and over many decades has appeared as chorister and soloist in performances of Messiah, Elijah, Brahms Requiem and numerous other works.

For several seasons he was a member of Stuart Hamilton’s Opera In Concert, both as chorister and occasional soloist. He has studied with Mark Pedrotti in Toronto and Dillon Parmer in Ottawa. While in Ottawa he also sang with the chamber choir Seventeen Voyces. Most recently, he studied with Helga Tucker at the Royal Conservatory, and subsequently with vocal coach Michael Rose.