Juno-nominated singer Heather Bambrick’s performances have been described as what happens when “Carol Burnett meets Ella Fitzgerald at a Newfoundland kitchen party.” Her shows have it all, with music ranging from Jazz standards and Canadian pop hits, to Newfoundland folk music and sitcom theme songs. Add to that side-splitting stories and some of the best musicians in the country and it adds up to an outstanding show, delivered with warmth, wit, and pure Newfoundland charm!

Heather and her world-class quartet will be performing Friday, August 16, 7:30pm at the Knox Presbyterian Church, 345 Durham St., Kincardine.

Tickets $25, available through the Box Office and outlets listed on the right.
Access Ticketscene here
Age 16 and under are free.  KSMF music class students receive tickets to the Evening Concert Series the week of their classes. 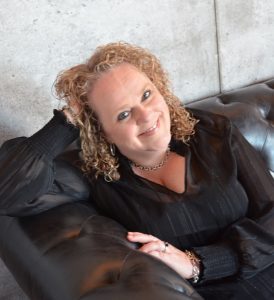 Heather has collaborated with Phil Nimmons, Fred Hirsch, Gene DiNovi, Guido Basso, RobMcConnell, Peter Appleyard, the Toronto Symphony Orchestra, the Newfoundland Symphony Orchestra, and many others. She’s released three solo recordings, including You’ll Never Know, which was nominated for Vocal Jazz Recording of the Year at the 2017 JUNO Awards and Jazz Recording of the Year at the 2018 East Coast Music Awards. Her new recording Fine State is being released in June of 2019. Heather has been a featured guest on numerous recording projects, and was awarded Canada’s National Jazz Award for Vocalist of the Year.

Beyond singing, Heather is one of Canada’s top voice actors, voicing characters for commercial campaigns and several Emmy Award-winning animated series, including Wild Kratts, Daniel Tiger’s Neighborhood, and Justin Time. For more than 15 years she’s been an award-winning and very popular host on JAZZ.FM91, and has recently has co-founded JAZZCAST, an internet-based Jazz station. Heather is also highly sought after educator at schools and festivals across Canada, and sits on the Advisory Council for Music Canada.

Heather will be bringing an outstanding quartet to the Festival: