The Lighthouse Swing Band, an 18 member big band directed by Al Mullin, was formed in 1984. Known for its ability to swing and dedicated to the music of the swing era, the award winning Big Band has established a wide following of dance lovers. Performing mainly in Bruce, Grey and Huron counties of Ontario Canada. The band’s popularity has taken it to the cities of Hamilton, Oshawa, Barrie, Ottawa, London and Detroit Michigan. The Lighthouse Swing Band plays for public and private dances, fund raising events, service club dances and many “concerts in the park”.

This performance is part of the free KSMF “4 O’Clock in the Park” concert series in Victoria Park, generously supported by the Municipality of Kincardine. 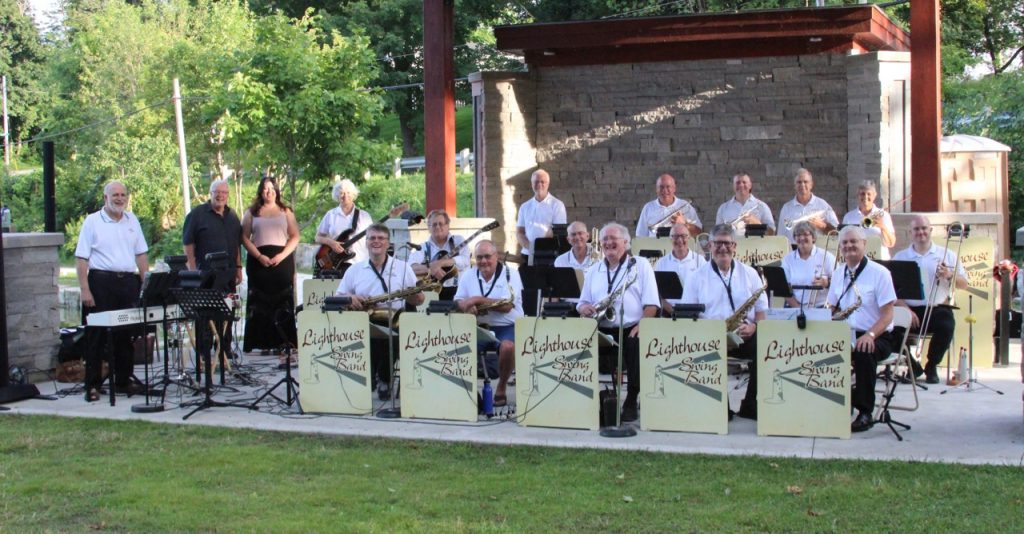