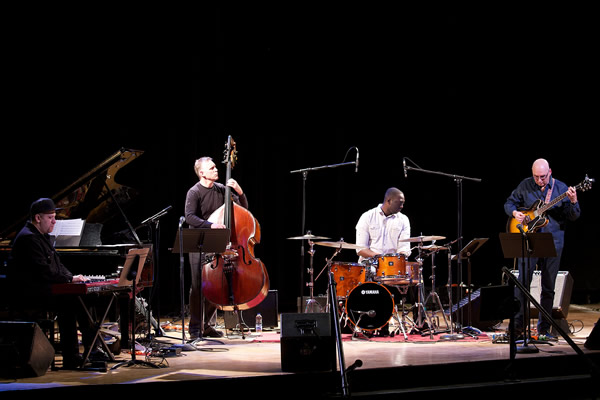 Mike’s extensive discography also highlights his work as a performer, arranger, composer and producer for other artists. Aside from his multiple JUNO Award- Winning recordings as a leader, other JUNO wins and nominated recordings include Molly Johnson’s Lucky, Another Day and Messin’ Around, Shirantha Beddage’s Identity and Momentum, Lorne Lofsky’s Bill Please, Jens Lindemann and Tommy Banks’ Legacy Live, and Ranee Lee’s Dark Divas and Maple Groove.

Helping to mentor and inspire young musicians is an important component of Mike’s career. He has been the Bass Department Head at prestigious Humber College in Toronto since 2000. He has been featured as a Yamaha artist/clinician throughout Canada, at the Paekche Institute in Seoul, South Korea and the famous Conservatoire de Paris.

Mike is the author of The Jazz Bass Line Book published by Advance Music of Germany. The book is receiving world-wide acclaim as one of the most informative books available on the subject. He is also co-author of Jazz and Contemporary Music Theory.

This will be a KSMF  Evening Concert you won’t want to miss!