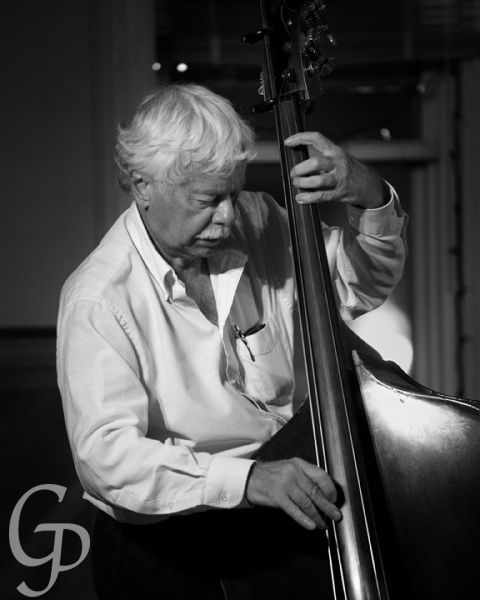 Jack McFadden (bass) was born in Hamilton, Ontario, Canada and studied with Joe Gurney in Hamilton, Gurney Titmarsh and Thomas Monohan in Toronto, Warren Benfield in Michigan, and David Holland in New York. Early musical experiences in Hamilton were with Marshall Olchowy, Bruce Harvey, and the late Brian Harris. He won a scholarship to the Congress of Strings, in Michigan in the Summer of 1966, and moved to Toronto that Fall, beginning to work immediately.

He won scholarships to the National Youth Orchestra, joined the National Ballet as principal bass, and frequently worked in pit-bands for shows at the Royal Alexandra Theatre. In between tours, he played jazz.

For a year, he worked six nights a week with Jimmy Namaro and Gord Carley at the Westbury Hotel. He did a lot of work with leader Harvey Silver in a band that included both Trump and Teddy Davidson.

Now living near Owen Sound, Ontario, he continues to play with local and touring bands, in jazz festivals, and weekly with a jazz band led by Ted Roberts at a pub in Markham. He is the resident bassist with Bob DeAngelis’s “Champagne Symphony”, recently playing with that big band in their triumphant Benny Goodman Tribute at Carnegie Hall in New York.

Enjoy an afternoon with Jack and friends in the perfect venue, under the trees in Victoria Park!