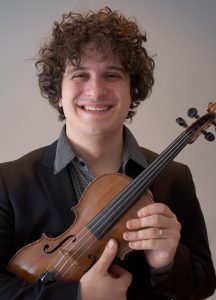 Drew Jurecka is in high demand, not only an accomplished jazz and session violinist but also as an arranger, producer, composer and multi-instrumentalist. Trained classically, he studied with Lorand Fenyves and has a degree from the prestigious Cleveland Institute of Music. During his final year Drew played a solo with the great Dave Brubeck and his quartet at Severance Hall.

While at the Henry Mancini Institute in Los Angeles, Drew had the opportunity to play at the Hollywood Bowl with Diana Krall, Dianne Reeves, and Shirley Horn. He has played, written or arranged on more than 150 records, including several JUNO-winning and Grammy-nominated albums.

Drew has spent the last twelve year years playing jazz, pop, rock and other contemporary styles in Toronto. Though violin is his primary instrument, he also works frequently as a performer and recording sideman on viola, saxophone, clarinet and mandolin.

Drew is a faculty member at Humber College where he has helped to develop a unique jazz strings program. 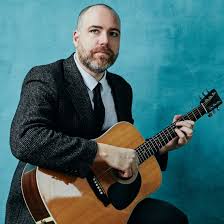 Nathan Hiltz, jazz guitarist, moved to Toronto from his native Halifax in 1999.  Since then he has recorded with a lengthy line-up of leading artists such as Bernie Senensky, Jill Barber, Del Dako, Brandi Disterheft, and Ori Dagan to name a few and even one tune with jazz icon Sheila Jordan!

He has toured extensively across Canada with Johnny Griffith, Terra Hazelton, and Melissa Lauren.

He attended Humber College (B.Mus) and later the University of Toronto (M.Mus) and has studied privately with Jim Hall, Reg Schwager, Adam Rodgers and many others. Nathan currently teaches at The Humber College of Creative and Performing Arts.

He released his debut solo album, Your Love Is A Plane Crash, in 2007, and after a decade spent touring and working on the recording projects of others, he returned to the studio in 2015 to record his second CD, Songs Poetics, original arrangements of classic tunes.