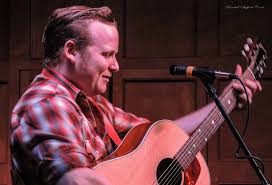 Jimmy Bowskill is a multi-award winning Canadian singer/songwriter/guitarist who was discovered at the age of 11 by Jeff Healey. Five critically acclaimed albums later Bowskill is celebrated around the world as a musical force to be reckoned with.

Bowskill’s second album, “Soap Bars and Dog Ears”, was nominated for a JUNO Award when he was fourteen years of age. In 2005 he was presented with a Maple Blues Award as “Best New Artist of the Year”.

Over the past decade, Jimmy Bowskill has toured extensively in Canada, Germany, France, Mexico, Ukraine, and Japan with the likes of Jeff Beck, ZZ Top, Joe Bonamassa, and Deep Purple, to name a few.  In support of his Ruf Records’ album releases in Europe, The Jimmy Bowskill Band performed in theatres, nightclubs and at world-renowned festivals throughout Finland, Denmark, Holland, Belgium, Sweden, and France.  Jimmy also shared the stage with music legends, Johnny Winter and Dr. John. 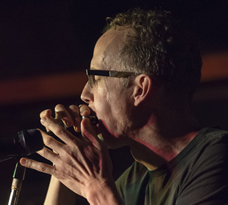 Simultaneously sophisticated and raw, Carlos’ playing blurs the boundaries between blues and jazz (hence the name for his band “The Blues Mongrels”). The emphasis is on blues, but Carlos and his band are not afraid to merrily traipse off in other directions delivering a seamless fusion of New Orleans second line grooves, swing, Latin, hip-hop or ska melodies, to swampy roots rock.

Playing a ten hole diatonic harmonica, Carlos has developed the unique ability to play chromatically by using a recently developed “overblow” technique taught to him by jazz virtuoso Howard Levy.

Carlos is one of the few pioneers of this overblow method.  The sophisticated sound produced by del Junco is at once sensitive, soulful, and sexy while never forgetting the rawness inherent in blues music.