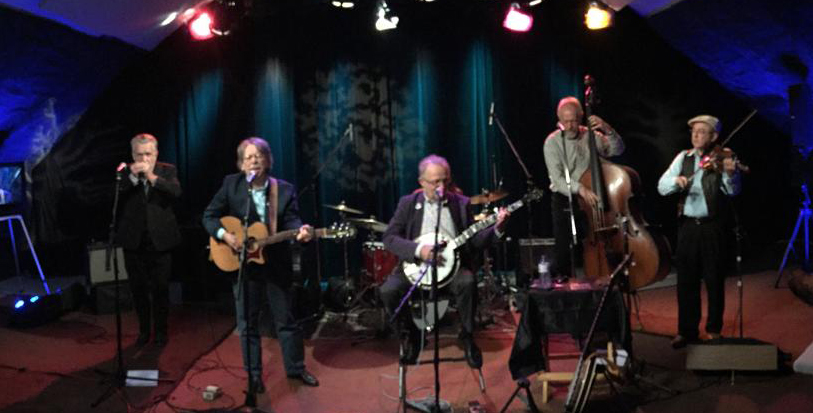 Ready for a great, fun evening?  Whiskey Jack has become one of the most celebrated Roots / Country / Bluegrass bands in Canadian music history.

For over four decades, Whiskey Jack has performed their own unique brand of Canadian country music coast to coast.  In the 1980’s, they were featured weekly on CBC TV’s Tommy Hunter Show.  While watching Whiskey Jack’s segment “The Ol’ Back Porch” on The Tommy Hunter Show on Friday nights, a retired Stompin’ Tom Connors became an avid Whiskey Jack fan, enjoying their humour and amazing musicianship, along with  two million fellow Canadians.
When Stompin’ Tom resumed his career after a 13 year break, he called up Whiskey Jack and invited them to join him in the studio to record his acclaimed album, “Dr. Stompin’ Tom… Eh?”.
Stompin’ Tom and Whiskey Jack continued to perform and record together until Tom’s death in 2014.  Throughout the years working with Stompin’ Tom, Whiskey Jack developed and refined  the present show they tour with today: “Stories & Songs of Stompin’ Tom”.

Come out and enjoy as Whiskey Jack presents this concert that will delight and entertain audiences of all ages and musical tastes.